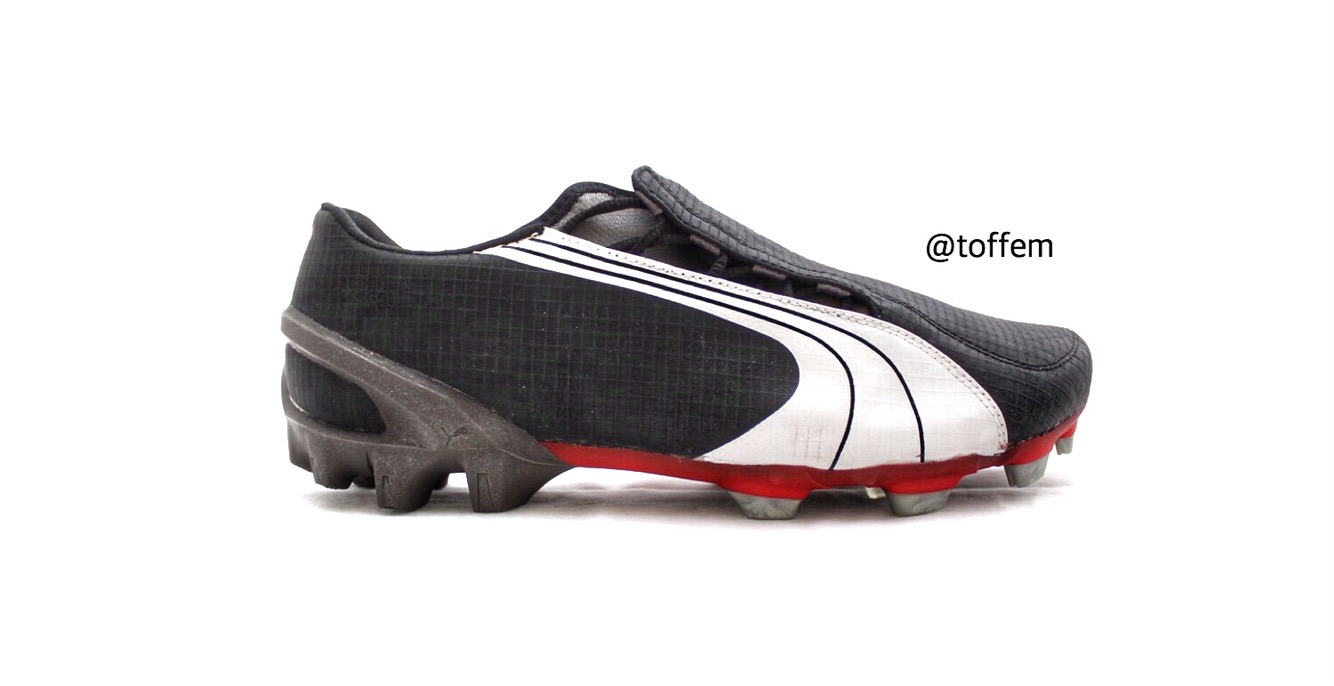 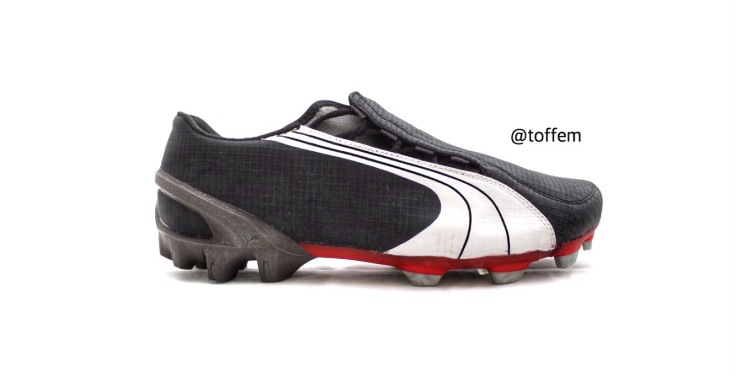 In 2006 Puma really got back to the fight with Nike and Adidas. Puma presented the v1.06 which was the lightest boot Puma ever made. Some great players wore them such as Samuel Eto’o, Robert Pires, Alexander Hleb and Fredrik Ljungberg.

Puma used a so called “Scholler ConTec”
upper material which made the boot light and gave close to bare foot feel. To increase the bare foot feel puma reshaped the front of the foot and used “Puma Lace Wrap System” to ensure a optimal fit.

To reduce even more weight Puma used carbon fibre in the soleplate, which gave more flexibility and strength. Puma v1.06 had also a stud pattern that was different from the other brands, especially the studs in the heel was designed for speed.

Thank you for reading! Will soon continue selling some boots so stay tuned!