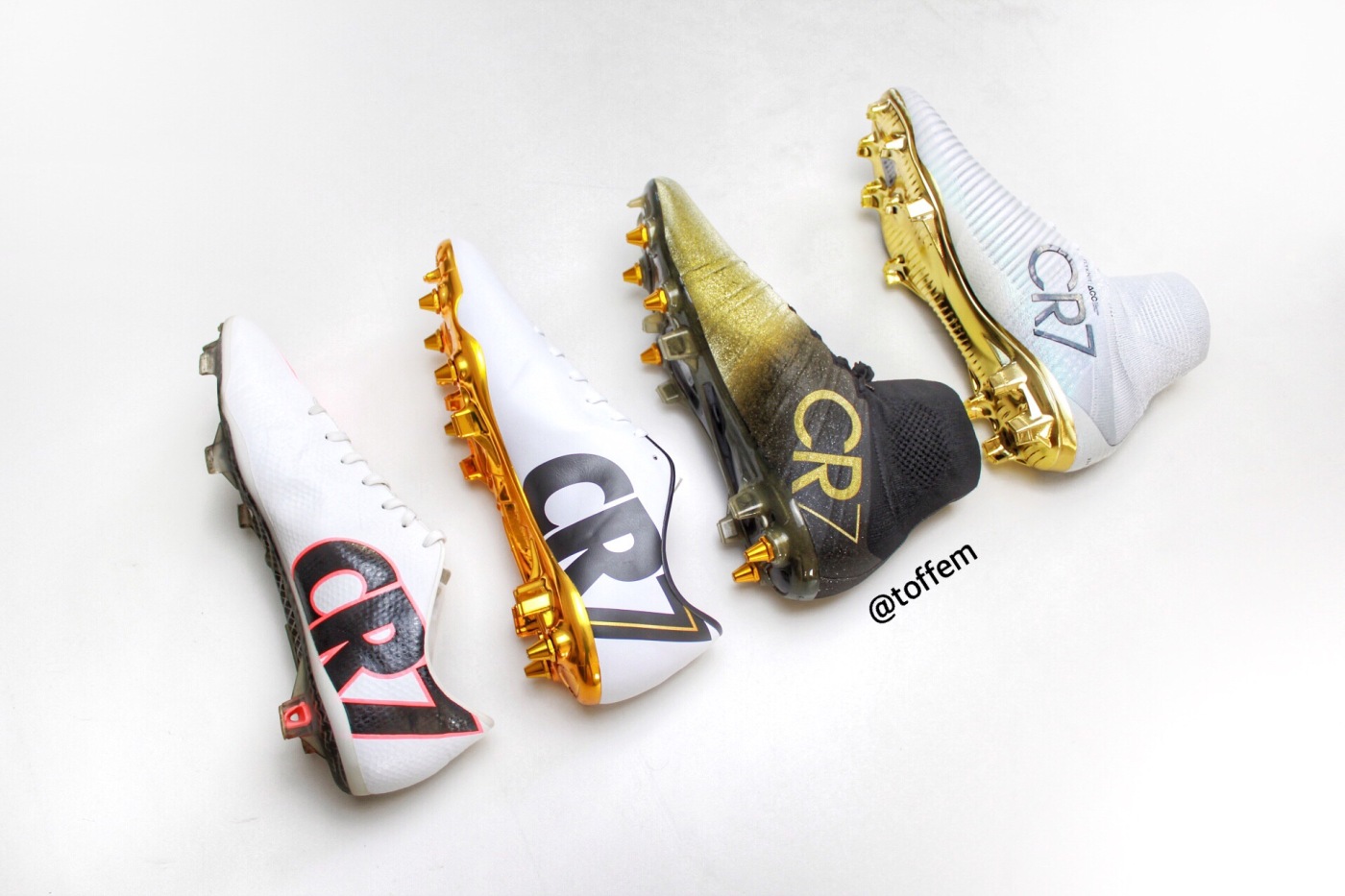 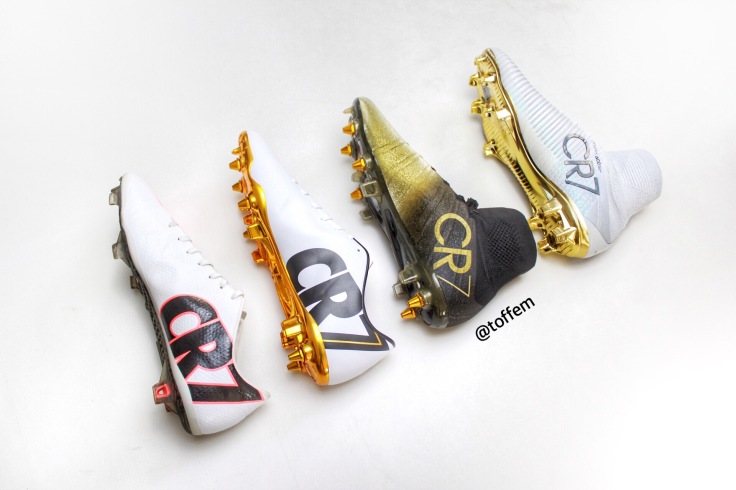 Four “Ballon d’Or” tropihes and four boots made to celebrate each of the great year Cristiano Ronaldo have had!

The first pair, Nike Mercurial Vapor IX CR SE Fg 100, was actually released in 2013 and not for Cristiano winning the Ballon d’Dor but for his record breaking year at Real Madrid!

The numbers on the heel represents different records or achievements he had that season:

There was only 100 pairs released of this boot!

Next boot is the Nike Mercurial Vapor IX CR SE Sg-Pro 100. This boot was revealed soon after Cristiano Ronaldo was named FIFA Player Of The Year in 2014! This pair was also produced just 100 pairs globally and is one of the most sought boots on the market. This time Nike kept the design simple but still classy. Together with the white and black coloured upper Nike added a beautiful gold soleplate. Everything about this boot is spot on!

Again there was made only 333 pairs in the world and lucky enough I got the pair mine numbered 333 of 333. I actually tried to buy these when they were released exclusively via Nike Football App in march 2015, but they sold out in seconds… They were retailed at 300£ GBP! As so often I had to wait few months before I found a pair on eBay, got them for a cheeky 250£ 😛 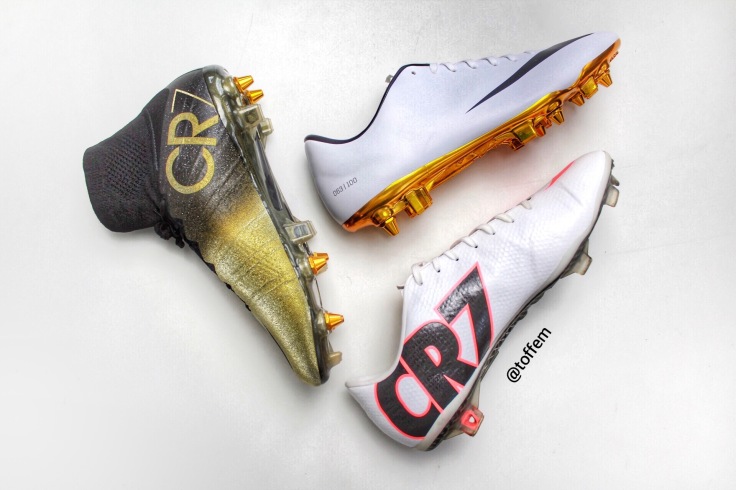 So we seen what Nike have delivered in the past few years, now we could expect something special for Cristiano Ronaldo winning his 4th Ballon d’Or for the season 2016. And we did! The new boot is called Nike Mercurial Superfly V CR SE Fg “Vitórias”! The is craeted to embody C.Ronaldo’s iconic personality as one of the most decorated player in the world.

What an increadible year he had. He won the Champions League with Real Madrid and even a bigger achievement was leading his nation to glory for the first time in their history. Again the design is pretty simple but still stunning as the earlier models.

This boot is also a limited edition with only 777 pairs made in the world, I got the pair numbered 230 out of 777. A big bonus is that the boots are all individually numbered!