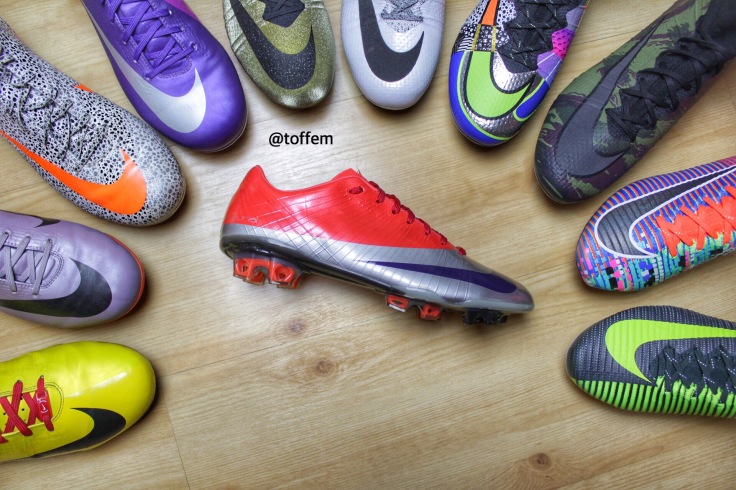 The release of Nike Mercurial Superfly I in 2009 was truly a beginning of something big. The new technology in the Superfly I was called “Flywire”. This Flywire technology allowed Nike to reduce weight without losing strength.

You can compare the Flywire technology with cables in a bridge, it supports players foot were needed. The boot weighted only 185 grams and back in 2009 that was very light.

Nike added the Tepex carbon fibre soleplate to the boot which really made the Superfly I unlike any other boot on the market.

Today Nike is already making the 5th generation of Superflys. Nike have kept the details on Superfly V that we can expect on a proper Superfly, the boot has to be light, durable and good looking, all this components makes the boot look fast!

Only thing that I know some supporters will be missing is the clean Tepex carbon-fibre soleplate, but I think it works with this new designed soleplate. The new plate is constructed by a single of plastic and a whole new level of stud-layout! The studs have all the same shape just placed in different direction, this means that the player can accelerate, stop and change directions in a much faster way than before! 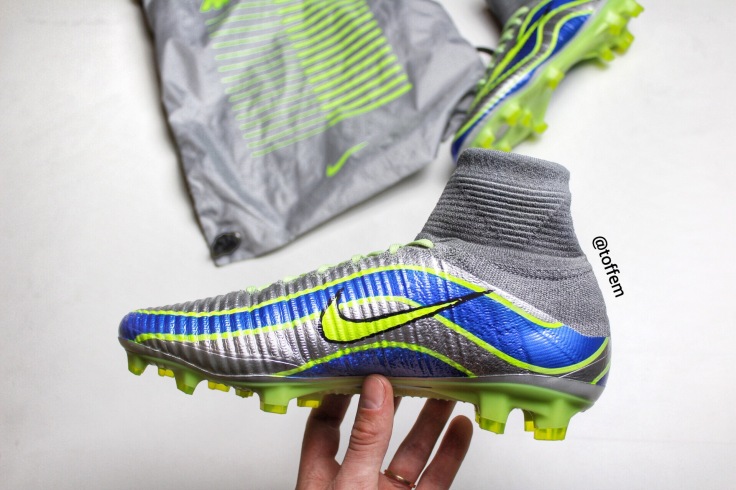 Honestly this project is one of the coolest thing this year! I had planned to do this custome makeover since early 2016. But I knew I had to wait for the right Superfly V boot to be released.

So I decided to find a pair of Superfly V that basically had the right base colour, I chose the Nike “Elite Pack”!

As so often I trusted my good friend @maalinetti to help me with the paintjob. He never dissapoints me!

So my goal was to recreate the most famous boot in Nike Mercurial history, the Mercurial 1998 R9, by using the latest technology provided by Nike!

Always looking forward to new projects and always happy when they turn up as great as these!

I promise that there will be more in the future, thank you for reading!

This chapter tells about how the talented and only 18 year old C.Ronaldo was spotted by the legendery coach of Mancester United, Sir Alex Ferguson. 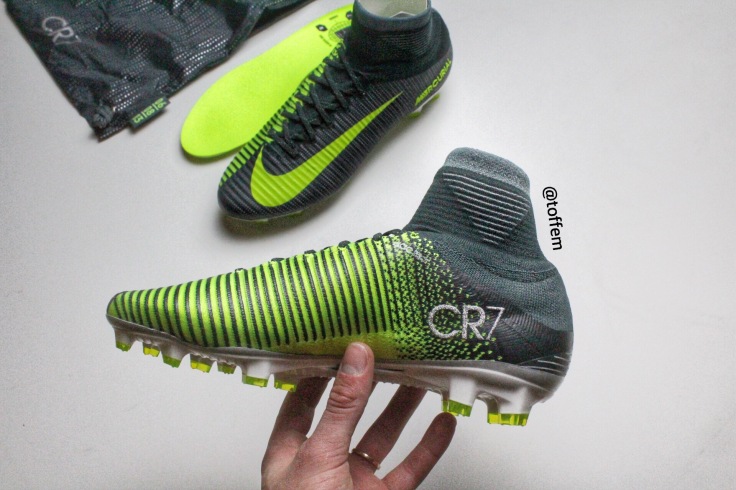 The colours of the boot is made to reflect his time in Sporting Lisbon. On the lateral side of the boot you can see some similiar wave-lines going alongside of the boot, reflecting back to the Mercurial Vapor I that he wore that night back in the day.

The numbers on the heel 06, 08 and 03 is for the date (6th of August 2003) when he was discovered by Manchester United in a friendly game still playing for Sporting Lisbon! He was voted man of the match! 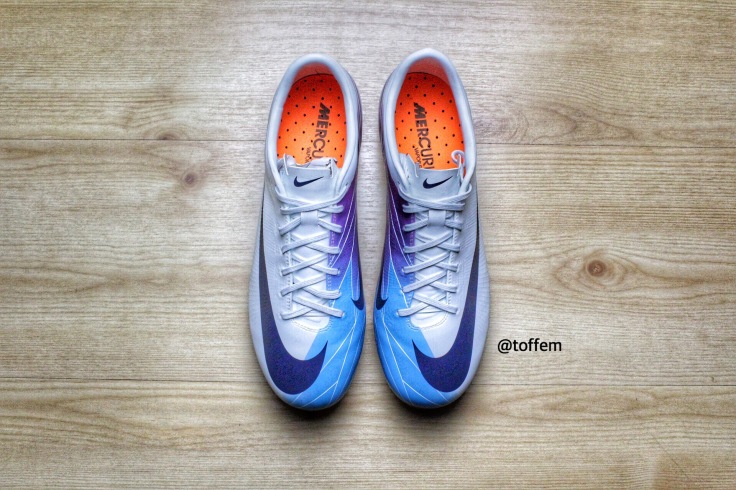 These are currently for sale, Nike Mercurial Superfly II “windchill” from 2011! One of the coolest colourways that was released in the Superfly II generation. Weighting just 210g. 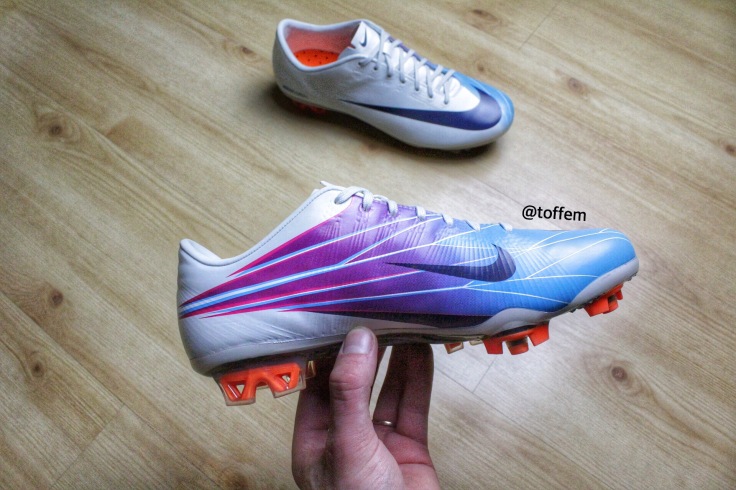 At the first sight the boot looks like clean white and then transfers to a bright combination of colours.

Get in touch by mail: toffem@outlook.con