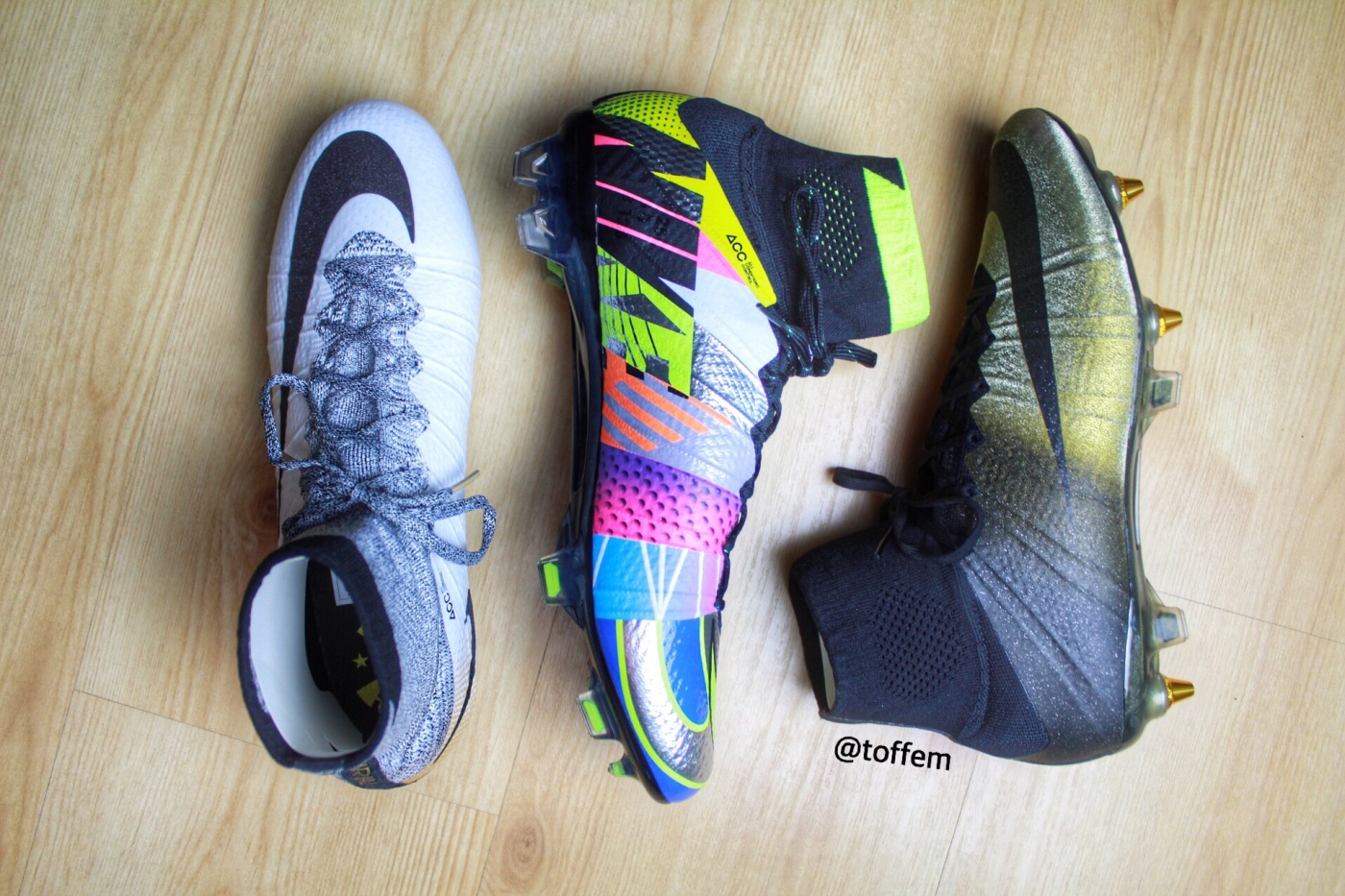 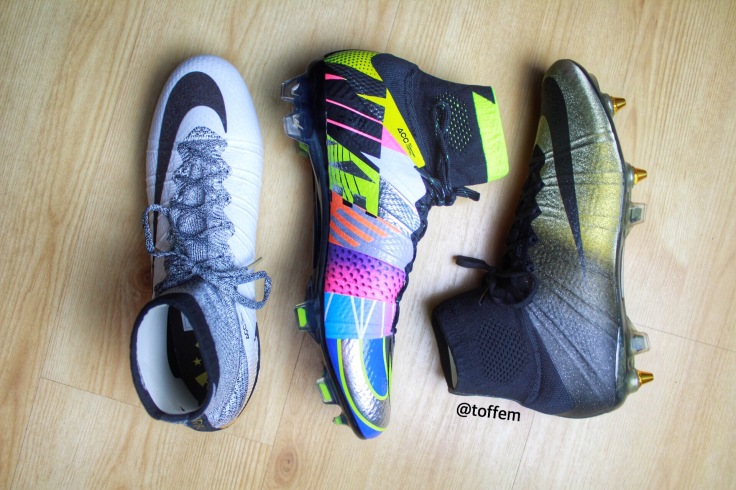 If I’m honest I didn’t really like the Nike Mercurial Superfly IV at first sight when Nike revealed them in 2014 for the FIFA World Cup in Rio. It has happened to me with few other boots also 😜

I have started to learn that the boots usually looks better in real life than in the pictures. This happened also with the Nike Mercurial Superfly IV’s! Although there was many colours released of the Superfly IV I only own 3 pairs. Luckly 3 of the limited edition pairs: CR SE Sg-Pro “Rare Gold”, CR SE 324K and the “What the Mercurial”! 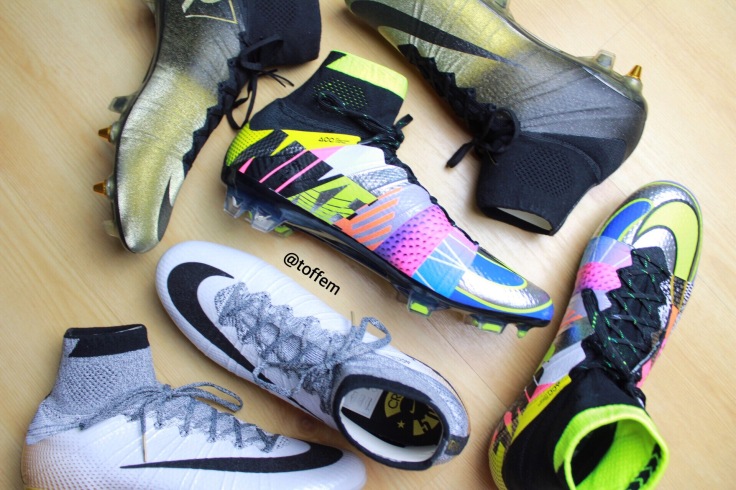 There is only 2 pairs that I like to add to my Superfly IV collection some day: the BHM and “Camo”!﻿