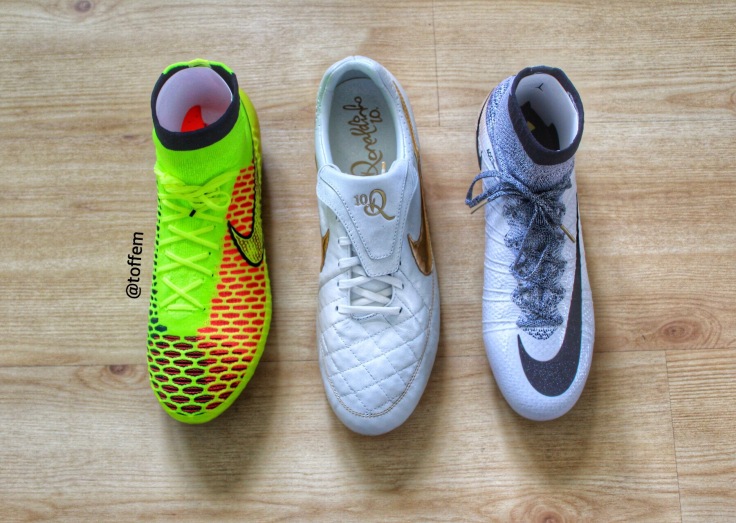 Can you imagine that these boots are getting old and soon they will be hard to find?! For example the Nike Magista Obra first colourway was released for World Cup in Rio 2014, so already 2 years since they were released. Still think this first colourway is one of the best! Also we have had the pleasure to use knitted boots with collar in over 2 years. Time flyes 😛

The two other boots are a bit newer, the Nike Tiempo Legend V R10 “Touch of Gold” was released in September 2015. They were limited edition with only 3000 pairs made in the world. Nike used the finest leather, Alegria leather, and trust me it’s one of the softest uppers ever made! 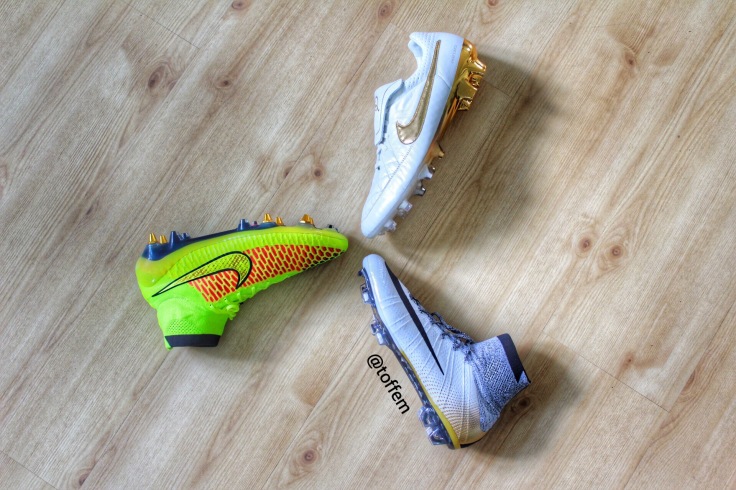 And last but not least the Nike Mercurial Superfly IV 324K released in January 2016 in limited numbers only. One of the cleanest Mercurial releases in this year. They were made to celebrate C.Ronaldo goal scoring record in Real Madrid CF, I have a feeling that there will be many more CR7 boots yet to come 😉

All and all I think these are some of the best releases from Nike in past 2 years time!