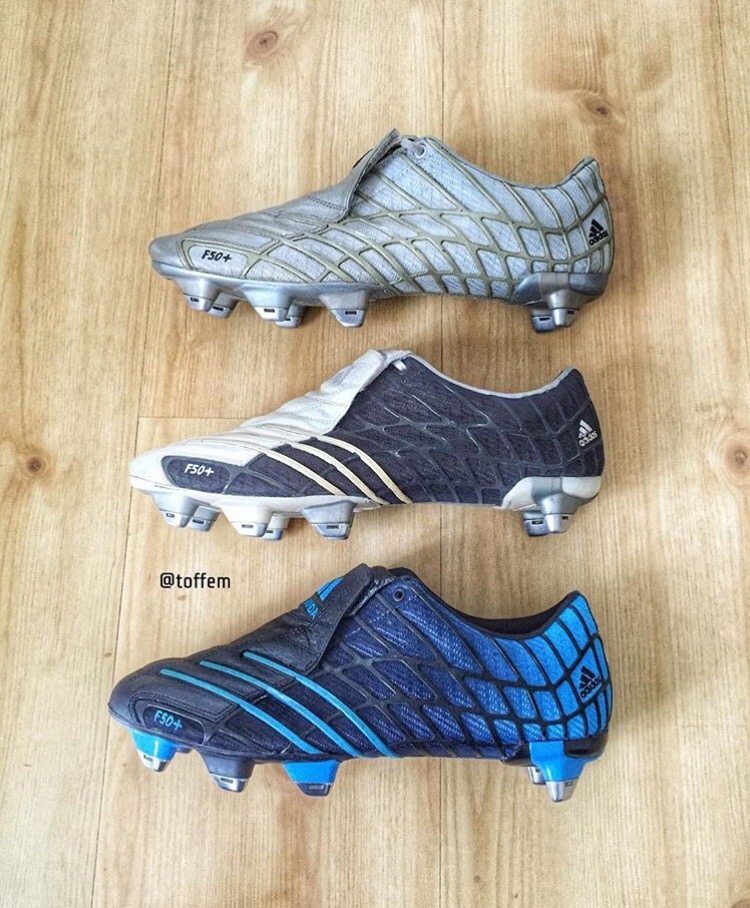 So here is in my opinion the best looking generation of Adidas F50, the F50+ “Spiderweb” design!

Released in 2004 and the upper was made of soft k-leather. The F50+ was most known by it’s spiderweb design, and you have to admit it looks awesome. I wore a pair myself and they felt and looked great, also you got the laces hidden to give a better touch. Only thing that was negative about them was that the leather in toearea didn’t last too long