No words needed! Nike Mercurial 1.0 R9 where it all begun. They were released back in 1998, and it was Luiz Nazario de Lima better known as “Ronaldo” who was the main character to use them. After these boots where released, the Nike Mercurial boots have been in top of the league regarding football boots! Just a stunning and comfortable boot! 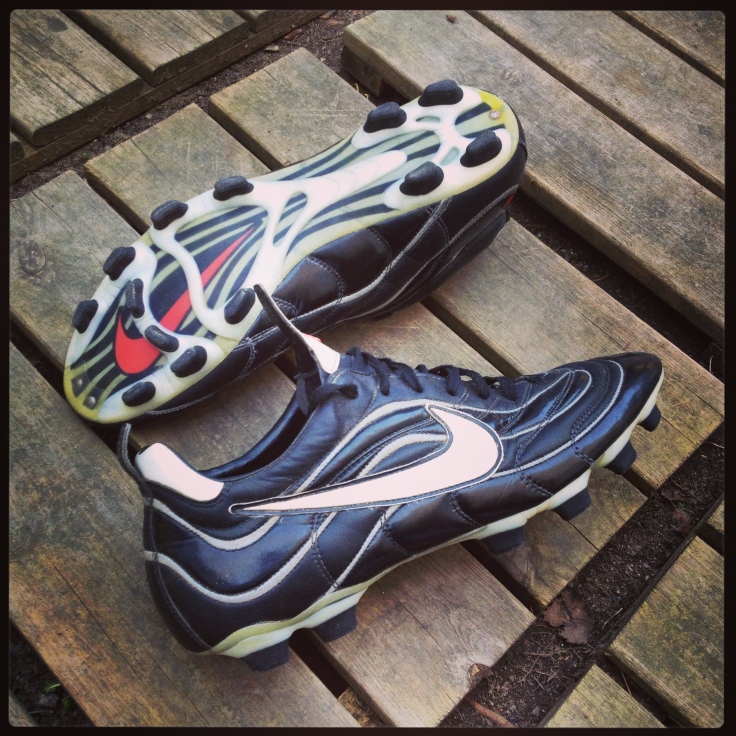 Adidas Predator has always been number one boot together with Nike Mercurial. Predator is all about power and heritage! The classic look Black/Red and the white stripes begun in 1994- 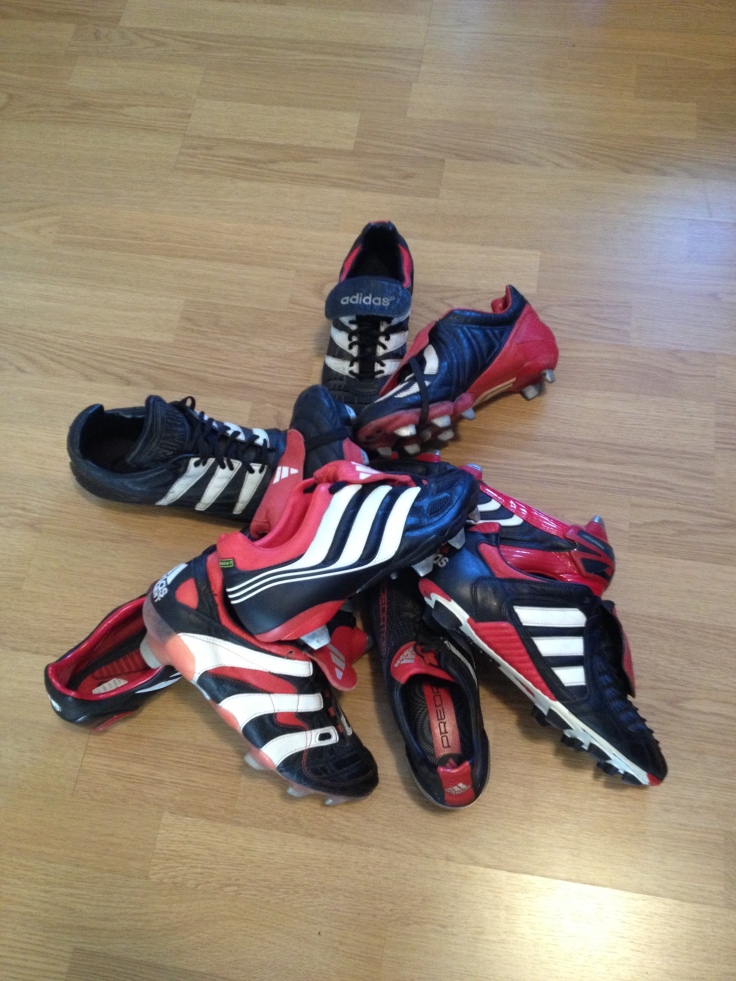 A great boot and design from Adidas back in 2000. But Predator Precision never made it to the sam level as Accelerator and Mania. In my opinion one of the best boots in Predator Generation! Only negative about these boots were the white lines, got cracked easily. 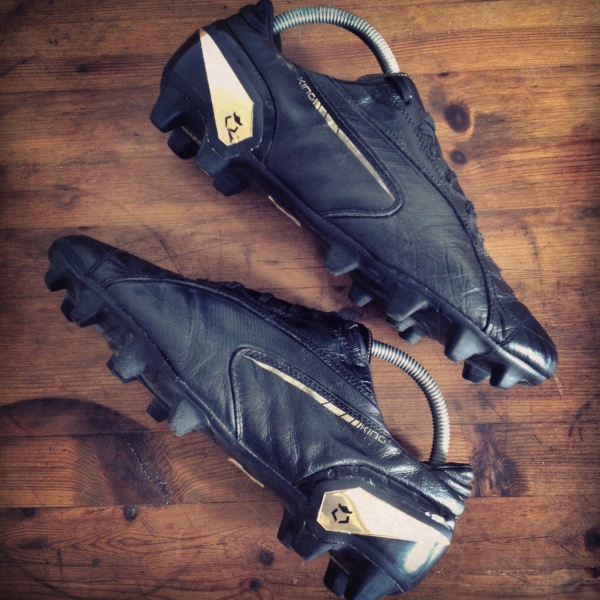 A real bargain! Found these Puma King Luxury Edition Limited to 999 pairs woldwide.These are numbered 622 and I got them for 45£! In my opinion great looking boots. The boot is made from luxuriously soft K-leather, and looks a bit like footballboot “royalty” with the black and gold touch.

Back in Euro 2008 Nike released a limited edition pack of Vapor, T90 and Tiempos! All three boots were made of black k-leather with a blue soleplate. These boots in my picture are a pair of Nike Mercurial Vapor SL E08, they were never released public, only proffesional release. These boots belonged to Czech player Sirl Radek.